Node-RED paves the easiest way for Internet of Things

The Node-RED programming tool is a Flow-based development software to untangle the Internet of things, besides it’s not without its challenges

Node-RED is a programming tool for wiring together hardware devices, APIs and online services in extremely new and fascinating way. Node-RED furnishes a browser-based flow editor that enhances it to easily wire together flows using the wide range of nodes in the Palette. In a single click these flows can be deployed to the run-time . Node-RED has a very rich text editor which can be used to create a JavaScript functions. 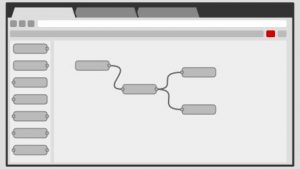 The language was initially developed at IBM and has gained support from a variety of IoT partners. The IoT merchants are discovering that, for developing better tools, this Node-RED can be used as a spring board. The Node-Red is easier to focus on higher-level tools that bring enterprises the most value.

Node-RED has a huge number of nodes pre-installed for analysing text, running commands, to and fro response from HTTP/UDP/TCP/MQTT and can process files including CSV , HTML ,JSON and XML messages. MySQL and MongoDB services can be homogenized and deploy with Node-RED.

Node-RED gives a simple interfacing which conceal the complexity beneath  the developer. The most aspiring thing is Node-RED seizes up a problem into understandable steps and solves it. Node-RED helps the developer by reducing time in checking individual lines of code, instead they see the steps taken in their program in a clear way.

Finally, The Internet of Things is interacting with millions of things including services, sensors, actuators and many others on Internet. If you are in the Idea of producing IoT solutions, or even a beginner looking to dip your toes in practical IoT development, Node-RED offers an inexpensive place to start. 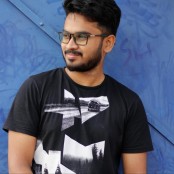 Rahul is a Robotics and Automation enthusiast and plans to pursue a Masters in Robotics from Germany.