openHAB  v2 is a software running on Java and parallelly developed alongside Eclipse SmartHome. The notion behind the upgrade was to provide a seamless, user-friendly interface for beginners and professionals alike, giving them the power of controlling a vast number of devices with simple programming and configuration. With the SmartHome framework, openHAB 2 core, openHAB v1, and v2 add-ons and eclipse extensions, it proves to be the one-stop solution to power your smart home.

Why is the migration from v1 to v2 so attractive?

It is a fully functional Linux based system targeted at those venturing into the world of automation with stand-alone computers like Raspberry Pi. Setting up a powerful system with necessary packages and prerequisites is daunting. Openhabian comes pre-installed with Zulu Embedded OpenJDK, a Log Viewer to keep track of devices and their activity, Samba shares pre-configured and MQTT, Apache Karaf and Eclipse Equinox bindings. Equipped with a configuration tool, the need to write Linux codes to update, upgrade, expand the file system and add networking components has become obsolete.

Forget configuring bottomless items and sitemap files in Putty or LX-terminal. Keeping in mind, the comfort of first-time users, the developers have devised an easy way to keep the back end programming limited to your PC. VS Code enables syntax highlighting for DSL, integrated search engine, design pattern code snippets and best of all – a real-time preview of the Basic UI. The VS Code Extension is a reliable alternative to the OpenHAB Designer from v1.

As these intelligent devices continue to become a part of our everyday routine, their integration into home automation is a given. With the plethora of bindings added, the devices that can be connected and controlled by these assistants have increased multifold.

The HABpanel is an interface designed with widgets of the devices one has connected to the network. Configured with JSR223 scripting, the panel can be changed as per the preference of the user with little to no programming knowledge. In the quest for user comfort, the HABpanel and consequently the android app for openHAB, have been a great addition to the software.

To all the novices out there, starting on the automation journey, the openHAB v2 is a complete package encompassing both frontend and backend development. In retrospect, it is a constantly evolving environment with each release fixing bugs and providing stable updates. Currently, VS Code doesn’t support the preview of Basic UI for real-time source code checking and correction, there are issues with thing discovery in the Paper UI, and the Home Builder doesn’t include any new features.

Nevertheless, the openHAB v2.3 is the answer to all our home automation needs and the 2.4 release only bringing in more versatile attributes.  Whether you’re a beginner, a hobbyist or an expert programmer, the migration from the openHAB v1 is a highly recommended move. 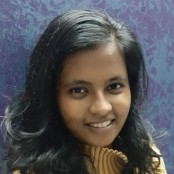 Krithika is an Electronics engineer who is excited by the possibilities of Robotics, Automation and Biomedical applications of AI. She is looking to pursue her Masters in Image Processing and Machine Learning.