Today there are more things connected to the Internet than there are people in the world. The Internet of Things is great, but it is not enough. In the very near future, everything you can imagine will be part of an evolving ecosystem called the Internet of Everything (IoE). One of the technologies helping to make that possible is LoRa, a wireless communication method that sends small amounts of data over very long distances using long-range radio and low power.

With the aim of bringing LoRa to the masses, the Pi Supply team has launched a new line up on Kickstarter that takes advantage of many popular development boards like Raspberry Pi, Arduino, and micro:bit. Slap a board onto your platform of choice and get immediate 15 kilometers of connectivity for small packet data. 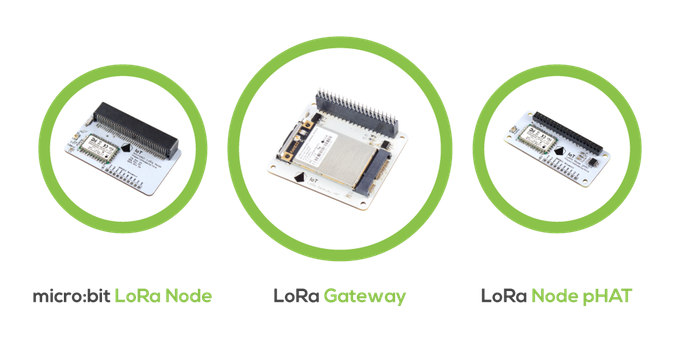 One of the key challenges in building out the internet of things is ensuring that those “things” or end nodes are able to communicate with the internet. With the aim of solving this challenge, a revolutionary new method of sending small amounts of data over very long distances using long-range radio and low power called LoRa was developed. There are two key parts to a LoRa network; a Gateway and a Node.

LoRa Node: It is a hardware in a LoRaWAN Network, which can either be a complete sensor or transmitter, which transmits small packets of data that are designed to be picked up by a LoRa Gateway. 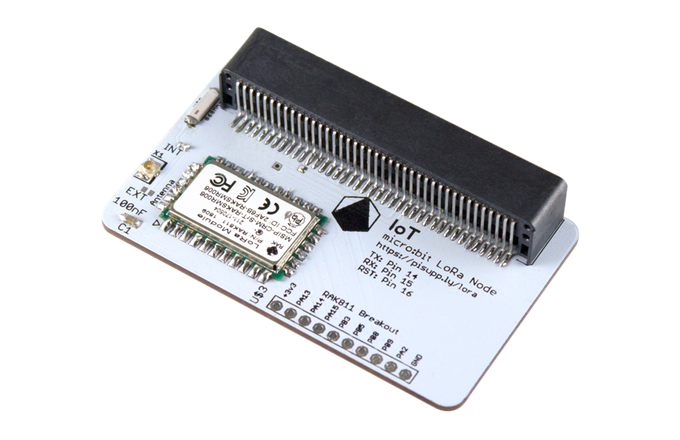 It allows you to create an inexpensive LoRa node, compatible with The Things Network, using the BBC Micro:bit. The node uses RAK811 LoRa Radio with full LoRaWAN Stack embedded, which make it easy to implement WAN connectivity between the Gateway and the Node. It also adds eight extra GPIO pins controllable via UART including two pins which can read analog sensors. The maximum power consumption during transmission is 50mA, which makes it run on battery power. It also has a u.FL connector that allows you to connect external antennas to extend the range to more than 25 Kilometres.

Please remember that micro:bit LoRa is just a node. We need a gateway for the data to reach. For this, we can use a Raspberry Pi attached with IoT LoRa Gateway HAT as a gateway. IoT LoRa Gateway HAT allows you to create an inexpensive LoRa gateway, compatible with The Things Network. If you are planning to buy the gateway or the node, make sure that the appropriate frequency is selected. The frequency depends on the country. You can check which you need for your country here. In my opinion, LoRaWAN will be the catalyst technology that usher in the Internet of Everything era, where computation will become ubiquitous.